Start with the best location in Seattle’s central business district, the premier market for Class A office space. Add the sophisticated retail, restaurants, hotels and cultural influence of neighbors like Seattle Art Museum, Benaroya Hall and the Fifth Avenue Theatre. Then factor in easy access to all major arterials and transportation from freeways and ferries to light rail or mass transit and you have 901 Fifth, just blocks from the epicenter of the third largest retail core on the west coast. At 901 Fifth you are within walking distance to Seattle’s finest restaurants, including the Metropolitan Grill, Outlier, Heartwood Provisions, and Purple.

Nearby hotels include the W Hotel, Kimpton Hotel Monaco,  and Fairmont Olympic Hotel. Need a quick snack? Amazon Go is just across the street. 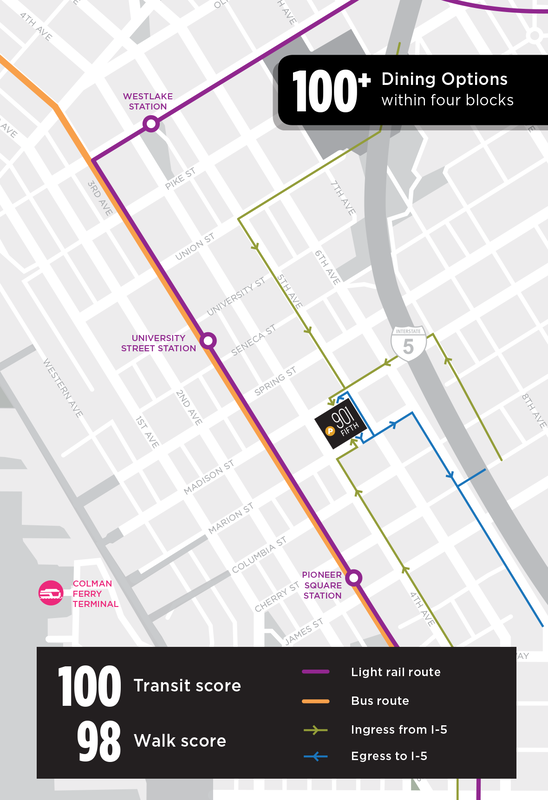